A barrister by profession, Jackson has practised law for over 12 years where he specialises in civil and commercial litigation, alongside judicial reviews, human rights and immigration law.  He has previously worked as an international senior executive in an American global consulting company where he advised c-suite executives on geo-politics and on corporate reputation. He also previously acted as a political adviser in Parliament for over 6 years.

Jackson has been a Councillor for Beaconsfield Town Council and a local primary school governor since 2017. Jackson is also a board member of his local church council.  Since 2013, Jackson has held various elected and appointed positions within the Conservative Party, both locally and nationally and has stood as a Parliamentary Candidate in the 2015 and 2017 General Elections. He is also heavily involved in the Conservative Party's Policy Forum.

In his spare time, he is an entrepreneur who mentors young professionals via a not-for-profit organisation that he co-founded. Jackson was previously a trustee of a national charity and also advised the UK's leading charity for engaging students in enterprise. Jackson speaks 4 languages and also lived in Singapore, Australia and The Netherlands. 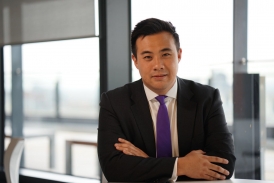