George grew up in Gerrards Cross and went to school locally. Professionally George has worked for several MP’s and is currently a researcher and adviser to a senior Tory MP in Westminster. His role sees him focus on a broad brief which includes foreign, security, and defence policy, co-ordinating the British-Japan Parliamentary group and overseeing local and national campaigns. He has also worked closely with other Members of Parliament and Peers on a wide variety of issues including the UK’s departure from the EU, improving the UK’s aviation infrastructure and planning reform. George also has comprehensive campaigning experience as an elected member of the National Union of Students, campaign advising candidates at three general elections and two sets of local elections, the 2019 Conservative party leadership election and the EU referendum. He is a Trustee of a national education charity operating in Kenya and is an active member of the Royal Geographical Society 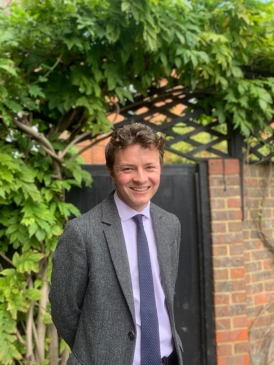