Alastair moved to Beaconsfield in 1989 following senior multinational positions in both IT and Distribution.  He has owned a business in the Town since 1993 and became the first President of the Buckinghamshire Chamber of Commerce in 2010.

Following the Vision 4 Beaconsfield Appraisal in 2015 Alastair produced the Town Plan for the period 2017-2021.  He is keen to see progress in Beaconsfield and looks forward to the new Unitary Authority and the prospect of increased devolution. 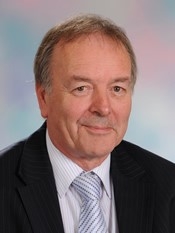